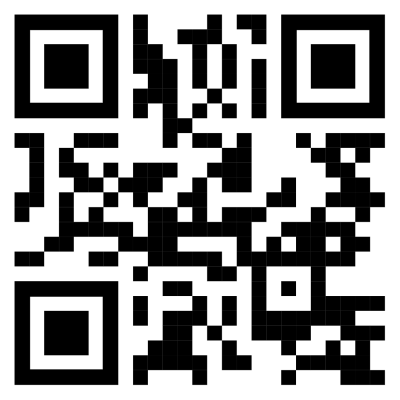 When you take a bus or subway, or buy a plane ticket or a passenger ship, you may wonder about the history of transportation in the world from the beginning of human creation until now, and in the future. We have seized this opportunity and tried to compile a comprehensive and complete article about transportation history and various methods of transportation. So, without further ado, let’s dive in.

Here we will go over transportation history from the beginning in detail. Let’s see what our ancestors used as a means of transportation.

The first people of Switzerland lived in the Ice Age, when food was scarce. The most important food for the Paleolithic people was meat. People had to follow the wild animals that were looking for food. That meant long walks. If they didn’t, they would starve. 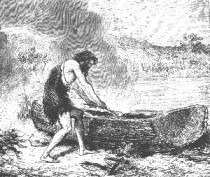 The Mesolithic people lived in a warm period. Nature grew into dense forests. People built houses by the water. They lived mainly on plants, berries, and roots from the forests, on fish from the lakes and rivers, and hunted animals. Since it was easier to get across the lake to a neighboring village than to fight through the dense forest, the dugout, a ship made from a log, was invented and thus began the transportation history.

People became sedentary. This means that they lived in one place their whole life. Now it also made sense to tame and keep animals. These not only provided food and warmth on cold days, the horse, for example, could also transport material and people.
Towards the end of the Neolithic Age, the wheel was invented – one of the most important inventions. The wheel was used to build carts that were pulled by men or animals to transport materials.

People discovered traveling by horse and its benefits. You could not only explore new areas, but also quickly send messages to other people by riding horses.
The wagon was already used around 4,000 BC to transport materials with the pulling power of humans or animals. In the Middle Ages timeline of transportation history, the chariot was used, among other things, as a weapon of war.
The carriage as a comfortable way of transporting people was the means of overland travel up to the end of the 19th century. Anyone who did not own a carriage with a horse could use the postal service. This not only transported letters and parcels for a fee, but also traveling people.

When people started to improve the roads, bicycles got interesting. One of the first two-wheelers was the draisine, a vehicle made of wood, two wheels, handlebars, and a seat. It was viewed as a piece of sports equipment. The bicycle was constantly evolving: the pedal bike with chains, pedals, and steel wire-spoke wheels with rubber tires, the penny-farthing wheel for moving forward faster (but with a deeper fall to the ground), and the low safety bike with elastic pneumatic tires and a freewheel hub so that the pedals did not always have to turn. The bicycle brought people cheaply and quickly to nearby places. Even light luggage could be transported by bicycle (e.g. letters, groceries).

Ten years after the invention of the steam engine (A critical moment in transportation history) by Scotsman James Watt, the two Frenchmen J.C. Périer and Count Auxiron invented a steam-powered ship. The initially slow river steamer of the two was often imitated and improved in the process. Although many did not think much of steamships at first, the British ship “Great Western” made a breakthrough in 1838. The replacement of the coveted but wind-dependent ocean sailors began. More and more people traveled to distant countries in ever shorter periods of time on steamships. At that time, some people used the steamboat to emigrate.

Carl Friedrich Benz, Gottlieb Daimler, and their designer Wilhelm Maybach got their petrol car running in 1885/86 and have been considered the fathers of the new automobile ever since.
The first automobiles in transportation history were similar to carriages, since motors were initially used in carriages. The cars were still very expensive. When Henry Ford invented assembly line manufacturing, cars became more and more affordable for the people and developed into a popular means of travel. The car was not only convenient, but it could also be used to transport people and materials directly to the desired location.

Although it was already clear from some writings from the 13th century that the dream of flying was a great wish of mankind, it was not realized until many years later. On August 14, 1901, the German-American locksmith and sailor Gustave Whitehead took to the skies in a motorized aircraft he had built himself.
The powered aircraft improved over the years. In the beginning, only individuals could take part in the flight, but later the mail was distributed by plane. Airplanes were used for defense or attack in war. In March 1919, the French Farman aircraft works opened the first international passenger line in transportation history. New materials have made aircraft ever lighter, faster, cheaper, and larger at the same time. Air travel has evolved to move people, animals, and materials quickly from one country to another.
Airplanes are now used by people to do business, explore, vacation, and visit abroad.

A review of transportation history in Great Britain

“Every country has needed an efficient system of transport to be able to industrialize.” According to this, an efficient and at the same time powerful transport system is an important basis for the industrialization of a country. Great Britain is to be regarded as a model for such a development, which is why we will consider it more in this article.

Methods of transport around 1700

The transport situation around 1700 in transportation history is important for the industrial development of Great Britain in the following years. Due to geographic conditions, England has a good base for waterways and the first road construction. Among other things, its location in the Atlantic Ocean contributes to this, but also the low relief energy inland.

Coastal shipping and deep-sea transportation
From 1700 to approx. 1750, coastal shipping was one of the most important methods of transport in Great Britain. Larger port cities included London, Exeter, Plymouth, Bristol, Chester, and Liverpool.
In addition, several smaller port cities also benefited, but industrial sites also often settled in the vicinity. The ships could simply call at the harbors on the coast to deliver raw materials and food for the industry. London played an important role at this time, acting as a magnet for English coastal trade.
The population was about half a million and it had many growing industries, mainly trading in ships, bricks, beer, soap, and a number of metal goods. The coal transports from the port cities of Newcastle and Sunder port also played a decisive role, together the transports mentioned amounted to about 69 percent of the entire internal trade of England and Wales (as of 1700). 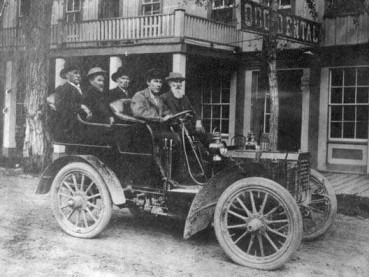 Using rivers for transportation was one of the first methods of transportation in transportation history. Heavy goods could simply be pulled by horses on rivers, so draft horses were often harnessed in front of ships, which could then pull up to 30 tons of goods across the waterway. This exhausted the maximum tensile load of the animals.
In addition, it has also been customary for the ships to be pulled by human power. A good example of this was China clay which was thus carried via the River Severn from southwest England to the inland regions where the pottery factories were located. Rivers such as the Severn, Trent, Thames, and their tributaries were essential for cross-regional transport. They were mainly used for the transport of agricultural goods or industrial raw materials, as well as industrial products.

Advantages and disadvantages of shipping

A large number of aspects spoke in favor of shipping. Heavy goods transports could be carried out effectively. Domestically on rivers, up to 30 tons, the maximum pulling power of the draft horses exhausted, even larger quantities could be shipped on the coast and deep-sea shipping.
Another point of view is that at this point of transportation history, many people could find work in shipbuilding. This in turn increased the demand for wood, since the ships were mostly made of wood. To build a medium-sized warship, it is said to have needed the wood of 1,000 mature oak trees for the planks of the ship’s hull alone.
In addition, transport supported or even strengthened the growing industries. As already mentioned, the big cities grew on the coasts or near them, such as London. This acted as a magnet, more people came to the big cities, the demand for consumer goods and food increased as a result, and this, in turn, promoted the growing industries.
However, the disadvantages should also be mentioned. In the years that followed, the growing volume of goods in the industry could not be managed using the above-mentioned transport methods alone. Dependence on the weather made shipping unattractive as a transport route, bad weather conditions posed major problems when draft horses got into the mud because the paths that sank in the 18th century for the most part were not yet attached. Furthermore, there could also be floods or a lack of water in the rivers during dry seasons, both of which made the transport of goods temporarily impossible.

For centuries in transportation history, the silting up of the rivers led to major problems. In addition, there were no standards for the width or depth of the rivers, with the result that cargo often had to be transshipped from a ship on one river to a ship on another river. This was time-consuming and cost a lot. Company locations were dependent on the fixed routes of the rivers because transport was only profitable here. In deep-sea shipping, on the other hand, it was important that the sea routes were secured and that one was not either attacked by enemy ships or fell victim to the then frequent privateering.

Transportation on the streets

Transports could be carried out both by water and by land via roads. In the 18th century, the horse was the main means of transport. The muscle power of the horses was used in different ways. On one hand, pack horse convoys were common, in which the horses could be loaded with up to 200 kg, on the other hand, there were horse-drawn wagons with 1.5 tons to 8 tons, depending on the condition of the roads, whether they were paved or unpaved.
Passenger transport was also done with horses, up until the 19th century there were either coaches or special express coaches. By 1700 a carriage connecting the London Bristol line took about two days. From 1775 people increasingly resorted to the express coach, which only needed 16 hours for the same distance.